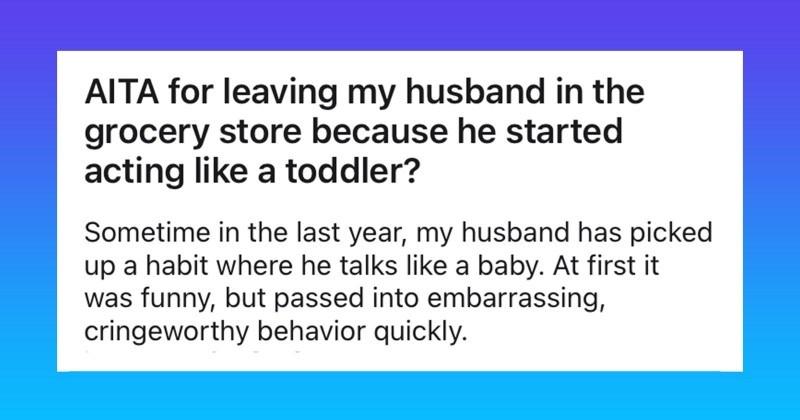 We all get comfortable in relationships and say some cringe things in jest, but some people take it wayyy too far. A distraught woman asked Reddit if she was the asshole for leaving her husband in the grocery store after he quite literally acted like a toddler and demanded ice cream in a baby voice. OP u/smallslicedskin further explained that this wasn’t an isolated incident. Apparently, her husband had been incessantly using meme-speak like ‘doggo,’ ‘pupper,’ ‘chicky nuggies,’ and ‘birb’ for months. The bizarre affectation that had been driving OP bonkers caused her to finally snap in the grocery store and subsequently turn to Reddit for help. Scroll down for her story and some of the best responses in the thread.