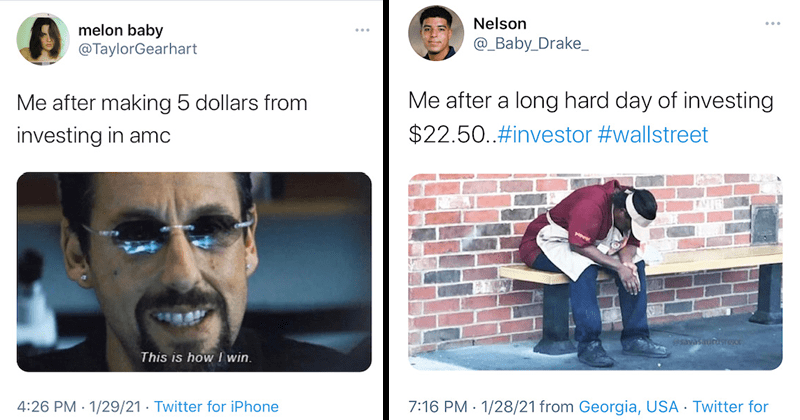 It seems like everyone and their mom is suddenly interested in the stock market. We’re officially on week two of the Reddit/GameStop and AMC stonks saga, and mentions of the movement have only increased in the media. On Twitter, many users have been taking advantage of the ability to buy fractional shares to feel like they’re in on the trend. And it turns out investing makes everyone feel a little more rich and a lot more savvy than they actually are. These delusions of grandeur are being documented with “Me After Investing” copypasta memes, which often use images from Wolf of Wall Street to indicate the feeling of being a high powered stock broker. While the memes may seem repetitive in their self-deprecation and tongue-in-cheek nature, we’re loving the unity that investing has inspired in the internet.