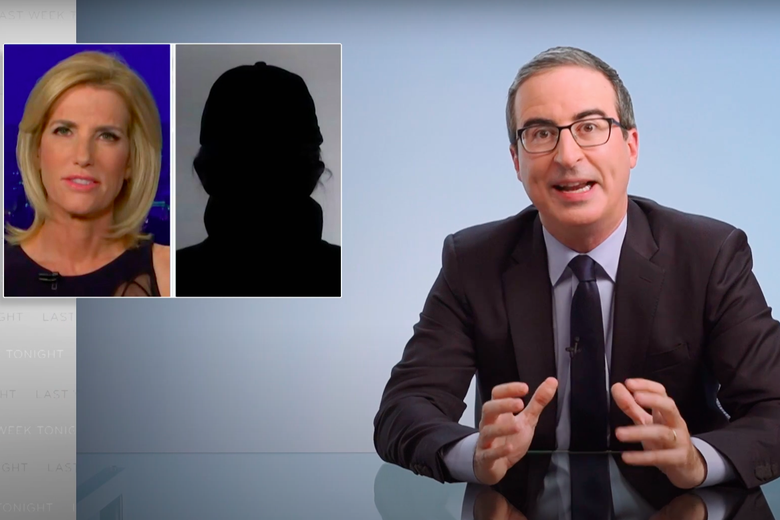 John Oliver assured Last Week Tonight viewers on Sunday that he would much rather be talking about anything other than the election—like a very yellow turtle from West Bengal—for his final episode of the season. “In normal times, the loser of a presidential election would simply acknowledge that they lost,” he said. But these are not normal times, so after briefly celebrating the election results last week, Oliver is reluctantly revisiting the subject, debunking bogus claim after bogus claim of election fraud, from allegations that thousands of dead people voted in Michigan to complaints that poll workers rolled their eyes at Trump votes.

Oliver has spent the rest of this season of Last Week Tonight dropping masochistic come-ons aimed at Adam Driver, such as “Choke-slam me to hell, you nasty shed.” On Sunday’s episode, the actor called in with a surprise message—specifically, begging Oliver to stop. “I’m sick of people stopping me on the street and asking me if I’m going to punch a hole in you like the Marriage Story wall,” he said, before doing some creative name-calling of his own: “Look around you, you underbaked gingerbread boy.” Alas, Oliver took a page from the president’s playbook and refused to concede.