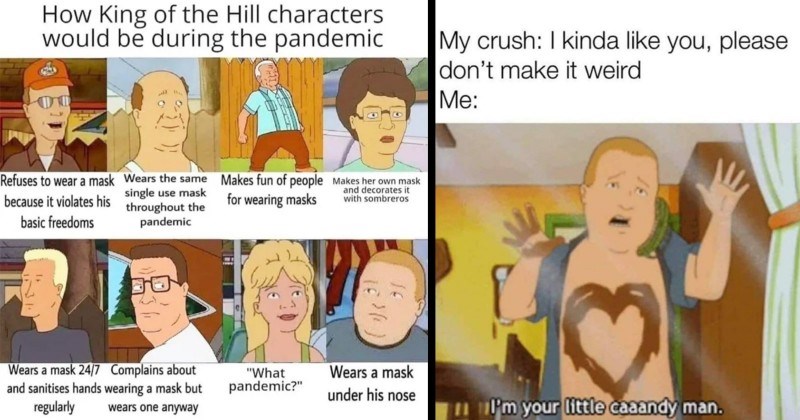 Thanks to the internet, even after a beloved series ends, the show can live on through hilarious memes. Hank Hill would probably have no idea what a meme is, but I tell you hwhat, that won’t stop us from memeing the most iconic King of the Hill moments. We’ve got a pretty entertaining batch of memes and stills for fans of the show who need their King of the Hill fix like Hank needs his propane.