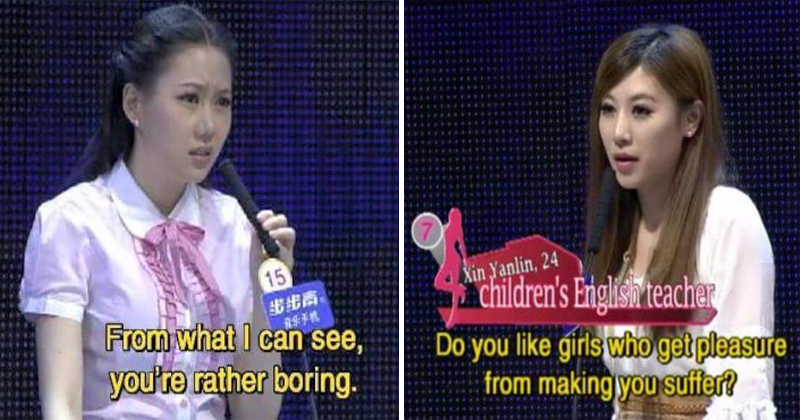 Game shows are a pretty universal form of entertainment. They’ve been around for years, and some of ’em (ahem, Jeopardy) have amassed some pretty serious followings. Here in the United States, dating  game shows are pretty much a thing of the past – something parodied on sketch comedy shows like Saturday Night Live. In China, however, they’re still going strong. And judging by these amusing stills, they’re pretty damn entertaining.